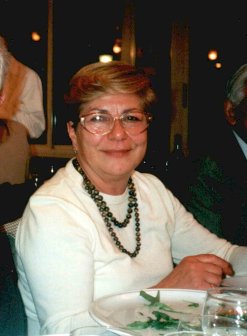 Since 1970 she developed an excellent clinical and basic research in cardiologic and myologic fields, becoming professor in Medical Genetics in 1983. In 1967, she founded – together with Prof. Giovanni Nigro – the Naples Branch of UILDM (Italian Union against Muscular Dystrophy) and then she became member of the Scientific Committee and the National Board of UILDM. She was among scientists founding the Mediterranean Society of Myology in 1991 and in that association she accepted the appointment as treasurer from the beginning to her death. She participated to the organisation of all the Congresses of the Mediterranean Society of Myology and of the 3rd Congress of the World Muscle Society. She participated enthusiastically to the foundation of this latter and she was the first Member who paid the fees to the Society.

She was awarded the Gaetano Conte Prize for the Myology in 2000. She was chief of the Department of Cardiomyology and Medical Genetics at the Second University in Naples from 2003 to 2006. She spent a large part of her activity helping the patients affected by muscular dystrophies, also as President, for more than 20 years, of a non profit Rehabilitation Centre, entitled to Gaetano Torre, a Neapolitan Duchenne patient.

She was among the founding members of Gaetano Conte Academy , in memoriam of the Neapolitan scientist who described the first two cases of muscular dystrophy. For 25 years she worked as Managing Coordinator of Acta Myologica.

We shall all miss Lucia, the 001 member of the WMS.