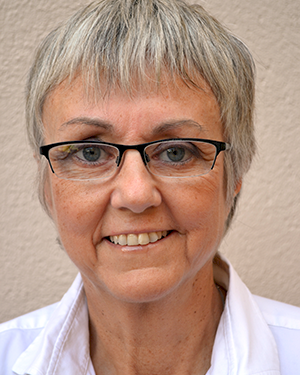 Isabel Illa, MD, Professor of Neurology and Director of the Neuromuscular Unit at the Hospital Sant Pau, Barcelona, passed away on 20 March 2022. Isabel, a passionate neurologist, one of the few early female physician scientists of her generation in Spain, has left an impressive legacy for the Spanish and global neuromuscular diseases community, including specialised training and support for several generations of young neurologists, all of which have helped to increase the awareness and quality of neuromuscular care in Spain. The Neuromuscular Diseases Unit at Hospital de la Santa Creu i Sant Pau in Barcelona will miss her invaluable feedback and support. Her discoveries resonate around the world today and her works are widely cited by other researchers.

During her PhD project on myasthenia gravis, she developed a test to quantify anti-AChR antibodies using human calf muscle extracts which was used for many years for the diagnosis of these patients all around Spain. She spent several years as a post-doc in Dr. Dalakas’s lab at NIH where she made important contributions in the field of acquired myopathies including, to mention just a few, the description of AZT-induced myopathy in HIV patients and the immunopathology of eosinophilia-myalgia syndrome induced by L-tryptophan. When she returned to Barcelona, she started to set up a laboratory focused on translational research on neuromuscular diseases. Her lab has made very important contributions to the neuromuscular field such as the description of several clinico-inmunological correlations in peripheral neuropathies after the identification of anti-NeuNAc(alfa 2-3)Gal antibodies in acute bulbar palsy, or anti-contactin-1 and anti-NF-155 antibodies in CIDP, among others.

Isabel also wrote a number of outstanding articles contributing to our knowledge of dysferlinopathies, including her participation in the discovery of DYSF as the mutated gene in patients suffering from Miyoshi myopathy and limb girdle muscular dystrophy. In recent years, she went back to work on myasthenia gravis, a subject in which she was a recognised leader.

Isabel was the first and so far only female president of the Spanish Society of Neurology and the first woman to become a Professor of Neurology in Spain. Throughout her career, she obtained numerous national and international awards. On a personal level, Isabel was true to her principles, her team, and her family. She shared her personal and work life with her husband Rafael Blesa, also a neurologist. Isabel Illa leaves us an immense legacy. Her discoveries will live on for many years in Neurology books, in the memories of the many people who trained alongside her, and in the lives of the patients and families she treated and who overcame their illness. We will remember her as a dedicated physician, an excellent teacher and a passionate scientist. Rest in peace.